The August edition of Computer Arts Magazine sees the return of the New Talent special, where D&AD New Blood team up with the publication to run a competition for students and recent graduates to design the cover for this special issue. For the first time since the competition has run, Celloglas, as finishing partners to Computer Arts, specified a finish for the designer to incorporate. The chosen application was pearlescent varnish. 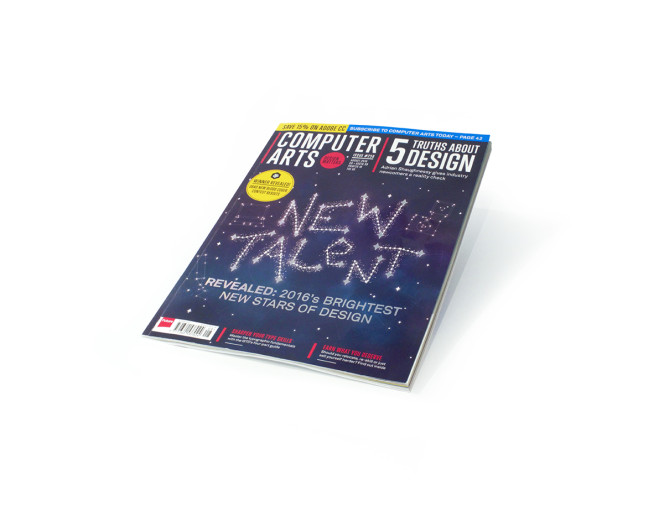 This year’s winner was Krystina Chapman, a Graphic and Communications Design graduate from Leeds University. Her design features a night sky and the main coverline ‘New Talent’ represented by constellations. The inclusion of stars lends to the design brief’s suggested theme of ‘rising stars’. 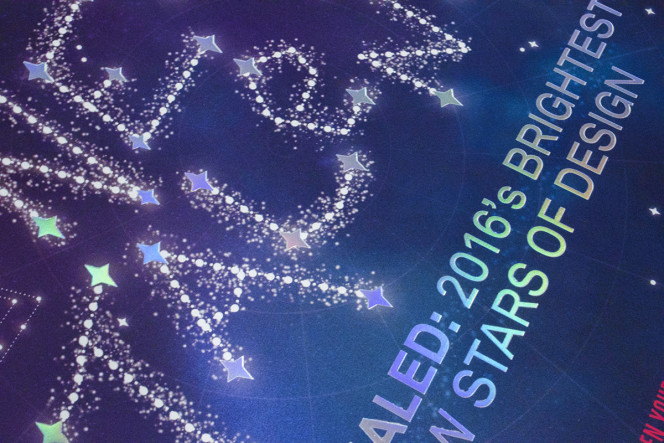 Steve Middleton, Sales Director at Celloglas, commented, ‘Every issue of Computer Arts we finish is an exciting process because the designs are always so creative and you can have a lot of fun with them. Krystina’s design, with its dark blue hues, was a perfect fit for using pearlescent varnish. Using a blue pigmented pearlescent varnish on top quite literally makes it shine. The use of a silver diffuser foil created an excellent contrast next to the deep blue surroundings which made for a really great cover.’

Nick Carson, Editor of Computer Arts Magazine, said, ‘We really enjoyed looking through the entries for this year’s competition and it was even more interesting to see how the designers reacted to a specified finish. You can tell Krystina really took the idea of pearlescent varnish on board as it works so well with her design.’

16,000 copies of the Future publication were produced. This month’s issue also features a special report on the best of the new design and illustration graduates across the UK, tips on how to make graduates stand out in the creative industry and insights into design, branding and the art of networking.

Computer Arts is a Future Publishing title sold through subscriptions and various retailers.

Krystina visited our Leicester site to see the finishes being applied to her cover design. See the video below: